Former President Goodluck Jonathan has said that implementation of the resolutions contained in 2014 National Conference report could prevent ethnic and religious tensions in the country such as the recent Southern Kaduna ethno-religious crisis that resulted in the deaths of hundreds of persons in the area.

Jonathan made the remark during a presentation to the House Sub-Committee on Africa of the U.S. Congress, when he met with the committee on the challenges faced by Christians in Nigeria and the Niger Delta Issue.

This is just as the Nigeria Police Force stated yesterday that it has arrested 17 suspects involved in the recent killings in Kafanchan in Kaduna State.

The former president, who was invited by the congressional sub-committee and spoke in his capacity as Chairman of the Goodluck Jonathan Foundation, said implementation of the resolutions of the 2014 National Conference was the panacea for ethnic and religious tensions that have led to crises such as the recent Southern Kaduna killings.

He also identified impunity as a factor that contributes to the recurrence of such violence, noting that if those behind previous crises are not prosecuted then like-minded individuals and groups would be emboldened to repeat the same acts.

Jonathan talked about his efforts to end impunity, specifically citing the case of Kabiru Sokoto, the mastermind of the Christmas Day bombing of Saint Theresa’s Catholic Church in Madalla, Niger State, who was arrested, prosecuted, convicted and imprisoned by his administration and was the first successful prosecution of a terrorist attack on a place of worship in Nigeria’s history.

He said: “That promise was fulfilled on the 20th of December 2013 when

Kabiru Umar, aka Kabiru Sokoto, was sentenced to life imprisonment after my administration investigated that crime, identified him as the mastermind, arrested him, and diligently prosecuted him and some of his associates.”

The former president also noted that his administration’s prosecution of the perpetrators of the deadly bombing of an office of the Independent National Electoral Commission (INEC) also in Madalla on April 8, 2011 was the first successful prosecution of terrorists in Nigeria.

While supporting the National Conference’s recommendation for an independent Religious Equity Commission to be set up to apprehend and arrest perpetrators of ethnic and religious violence, Jonathan maintained that ending impunity would also ease tensions.

On the Niger Delta, the former president said he fully aligned with the views of the 2014 National Conference, which called for true and fiscal federalism as the way out of agitations in the region and in other parts of Nigeria.

He also said that interventionist agencies like the Niger Delta Development Commission (NDDC) tend not to be effective due to over-politicisation.

Jonathan was of the view that the rapid development of a state like Akwa Ibom has shown that what the region needs is resource control not interventionist agencies.

The meeting was attended by Chairman of the U.S. House Sub-Committee on Africa, Global Health, Global Human Rights and International Organisations, Congressman Christopher H Smith and other influential staff of the committee.

Meanwhile, the police yesterday said it has arrested 17 suspects linked to the killings in Kafanchan and neighbouring communities in the Southern part of Kaduna State.

A statement by the police spokesman, Mr. Jimoh Moshood said the arrest was the fallout of the Joint Tactical Operation Squad (Operation Harmony) set up by the Inspector General of Police.

He said: “The operation recorded remarkable achievements in tackling the crisis and preventing further disturbance of the peace across Southern Kaduna.

“Seventeen suspects were arrested in the act and caches of fire arms and ammunition were recovered from them.”

The police said 29 assorted firearms and ammunition were also recovered from the suspects.

“All the suspects will be charged to court on completion of investigation for inciting public disturbance, disturbance of public peace, causing mischief by fire, culpable homicide, theft and unlawful possession of prohibited fire arms,” the police added.

Christians to Protect Themselves

The arrests made by the police, notwithstanding, the Christian Association of Nigeria (CAN), South-south chapter, rose from an emergency meeting in Warri yesterday and resolved to protect Christians against attacks by Fulani herdsmen.

The Christian body made its position known at the end of the meeting with the Pentecostal Fellowship of Nigerian (PFN) held at the headquarters of Flock of Christ Mission, Warri.

CAN said President Muhammadu Buhari’s silence on the killings of Christians in the northern part of Delta State was worrisome.

Both CAN and PFN said they will no longer fold their arms and watch herdsmen continue to maim and kill their people in the South-south, adding that henceforth they were going to protect themselves from any herdsman that attacks them.

Both bodies threw their weight behind Apostle Johnson Suleman whom they said spoke the minds of Christians when he asked them to defend themselves from attacks by Fulani herdsmen.

They also called on all Christians in the country to protect themselves against any herdsman that come to their community to destroy their farmlands or rape their women.

They said since the government can no longer protect the ordinary citizen in the region, every Christian should organise his own security to defend himself.

Speaking to newsmen after the closed-door meeting, the Bishop of Flock of Christ Mission Incorporated, Bishop Simeon Okah, said: “The number one issue is these Fulani herdsmen who are in our bush killing and raping our wives.

“We are no longer going to fold our hands and watch while they kill our people.

“We are going to protect ourselves unless they go back to where they came from. Some governors are saying that they are not from the north and I see that claim as an insult to us.

“Today our children are now being deported from America and here we have people who come from outside our country, killing our people and raping our daughters, mother and wives and our farmers no longer have farmlands to farm.

“I think it’s high time we started defending ourselves if the government cannot help us.”

Bishop Okah also warned the federal government to stop intimidating Christian clerics who have asked people to defend themselves against attacks by any groups of persons.

He said Christians would no longer tolerate a situation whereby clergymen are arrested and invited by the Department of State Service (DSS) for making statements that do not incite, or deemed inflammatory.

The Chairman, Bayelsa CAN, Archbishop Jacob Akpiri who also spoke, said: “We will never allow herdsmen to kill our people anymore. This should be the last time any herdsman will kill or kidnap any Christian in this region.

“If the government makes the mistake of arresting any clergyman in this country, this nation will know no peace. We in the South-south are no longer going to fold our arms while they arrest any of us.”

PETROLEUM POLITICS OF DO OR AFFAIRS: ECOLOGICAL WAR IN AKABUKA COMMUNITY 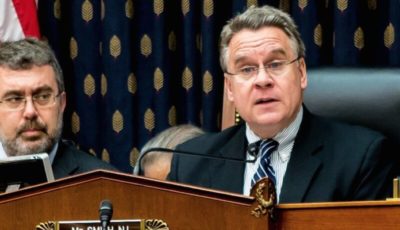 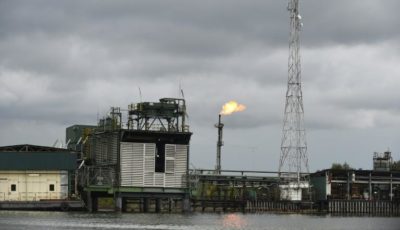