Impunity of those responsible for killings seems widespread…

The United States House of Representatives says Nigeria has been cited as the most dangerous place for Christians in the world and that impunity for those responsible for the killing of Christians in the country “seems to be widespread.”

The Chairman of its Sub-committee on Africa, Global Health, Human Rights and International Organisation, Christopher Smith, stated this in a letter inviting former President Goodluck Jonathan to make a presentation to the Sub-Committee on the challenges faced by Christians in Nigeria and the Niger Delta issue.

Although, the event held on the 1st and 2nd February, the actual content of the letter is only just revealed with its labelling of Nigeria as the most dangerous country to be a Christian.

Smith, in the letter made exclusively available to THISDAY, said: “My subcommittee has broadly investigated the crises facing Christians in Nigeria today. My staff director, Greg Simpkins and I have made several visits to Nigeria, speaking with Christians and Muslim religious leaders across the country and visiting fire-bombed churches, such as in Jos. Unfortunately, Nigeria has been cited as the most dangerous place for Christians in the world and impunity for those responsible for the killing of Christians seem to be widespread.

“In fulfillment of your foundation’s mandate to promote democracy, peace and transformational change, I invite you to come to the United States next week to share your views on this matter, including the alleged Islamisation of government under the current administration and the actions your foundation is prepared to take in pursuit of religious freedom.”

The sub-committee also congratulated the Nigerian former President on the establishment of the Goodluck Jonathan Foundation, adding, “Your timely concession after your electoral loss in 2015, demonstrates a commitment to democracy and the stability of your nation, which was acknowledged by current President Muhammadu Buhari.”

Jonathan, who was invited by the sub-committee in his capacity as Chairman of the Goodluck Jonathan Foundation, first addressed the sub-committee on Wednesday, and was invited to a closed-door session on Thursday, during which he said that the implementation of the resolutions of the 2014 National Conference was the panacea for ethnic and religious tensions in Nigeria.

The former President also identified impunity as a factor contributing to the recurrence of violence, such as the one in Southern Kaduna, noting that if those behind previous crises were not prosecuted, “then like-minded individuals and groups would be emboldened to repeat the same acts.”

Jonathan also talked about his efforts to end impunity, specifically citing the case of Kabiru Sokoto, the mastermind of the Christmas Day bombing of Saint Theresa’s Catholic Church in Madalla, Niger State, who was arrested, prosecuted, convicted and imprisoned by his administration and was the first successful prosecution of a terrorist attack on a place of worship in Nigeria’s history.

He said: “That promise was fulfilled on the 20th of December 2013 when

Kabiru Umar, aka Kabiru Sokoto, was sentenced to life imprisonment after my administration investigated that crime, identified him as the mastermind, arrested him, and diligently prosecuted him and some of his associates.”

The former president also noted that his administration’s prosecution of the perpetrators of the deadly bombing of an office of the Independent National Electoral Commission (INEC) also in Madalla on April 8, 2011 was the first successful prosecution of terrorists in Nigeria.

While supporting the National Conference’s recommendation for an independent Religious Equity Commission to be set up to apprehend and arrest perpetrators of ethnic and religious violence, Jonathan maintained that ending impunity would also ease tensions.

On the Niger Delta, the former president said he fully aligned with the views of the 2014 National Conference, which called for true and fiscal federalism as the way out of agitations in the region and in other parts of Nigeria.

The meetings were attended by Smith and other influential staff of the sub-committee. Others were Congressman Tony Hall, Ambassador Frank Wolf, Gregory Simpkins and Elijah Brown, who is Vice President of 21 Century Wilberforce Initiative and other stakeholders in Washington.

Former governor of Anambra State, Peter Obi and Reno Omokri, a former media aide to Jonathan were also at the briefings. 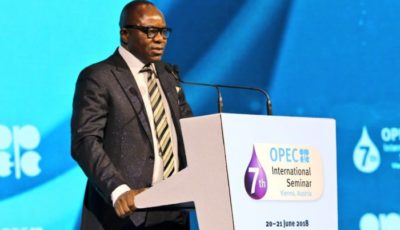 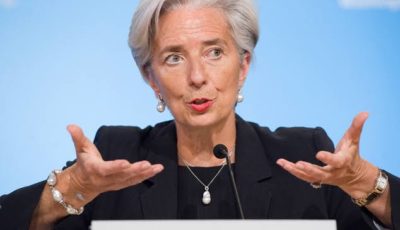