LAST week, I mentioned the numerous challenges faced by the Niger Delta Development Commission, NDDC, an intervention agency that has never served its constituents adequately and is famed for mismanaging the vast sums of money it has at its disposal.

Abiye Amakiri, a lawyer from Rivers State and former aide to Transport Minister, Rotimi Amaechi, when he was our Governor, chanced upon my comments and sent me the following message: Dear Madam, When I read your NDDC piece, I could see your trademark straight talk in the entirety of the article. Though brief, the article exuded your usual unedited and unalloyed candour, which I experienced at close quarters during your discussions with Governor Amaechi on Rivers and national matters. Sadly, for reasons best known to us, there has been some manner of “Omerta” – that unholy culture of silence – amongst us, the Niger Delta people, on the colossal failure and disappointment that the NDDC turned out to be.

Try as hard as I would, I still cannot place my finger on why this is so. Perhaps, we are worried that if we undertake a tell-it-all public protest, instead of correcting the situation, the powers that be – the brutal, greed-prone and grab-it-all majority tribes – will see the protest as a good excuse for scrapping the bath water, bath tub and baby and taking this seemingly all-important benefit away from us. As lame as this excuse may sound, it is only one of two I can reasonably suggest.The other one is that, perhaps, we are all compromised, one way or the other, and unable to play the flute with our mouths full of corn.

But I think it has come to that point when we must speak up for the world to hear. It’s high time we started telling this our sad tale of self-inflicted squalor in the midst of plenty to all and sundry and damn any unintended consequences that may come with such protest.

The truth is that it would be better for the NDDC to be taken away than for us to continue to fool ourselves and the entire world that all is well with us!!! I thank you for that article and I think it will encourage more of us to speak up and speak out.   A Prof enlightens Professor Pat Utomi is one of Nigeria’s most distinguished academics.

I recently came across an article in which he discussed the impact that power has on the brains of people who wield it. It was a fascinating read and I’d love to know whether Vanguard readers agree or disagree with any of the following excerpts: Almost everyone I know wonders why people in power change radically; why they become so utterly disconnected from reality that they suddenly become completely unrecognisable to people who knew them before they got to power; why they get puffed-up, susceptible to flattery, and intolerant of even the mildest, best-intentioned censure; why they appear possessed by inexplicably malignant forces; and why they are notoriously insensitive and self-absorbed.

Everyone who has ever had a friend in a position of power, especially political power, can attest to the accuracy of the age-old truism that a friend in power is a lost friend. Of course, there are exceptions, but it is precisely the fact of the existence of exceptions that makes this reality poignant. As the saying goes, “the exception proves the rule”. Abraham Lincoln once said: “Nearly all men can stand adversity, but if you want to test a man’s character, give him power”.

Look at all the power brokers in Nigeria – from the president to your ward councillor – and you’ll discover that there is a vast disconnect between who they were before they got to power and who they are now. Also look at previously arrogant, narcissistic, power-drunk prigs who have been kicked out of the orbit of power for any number of reasons. You’ll discover that they are suddenly normal again.

They share our pains, make pious noises, condemn abuse of power, and identify with popular causes. So what is it about power that makes people such obtuse, self-centred snobs? It turns out that psychologists have been grappling with this puzzle for years and have a clue. Dacher Keltner, a psychology professor at the University of California, Berkeley, extensively studied the brains of people in power and found that people under the influence of power are neurologically similar to people who suffer traumatic brain injury!

According to the July/August 2017 issue of the Atlantic magazine, people who are victims of traumatic brain injury are “more impulsive, less risk-aware, and, crucially, less adept at seeing things from other people’s point of view.” In other words, like victims of traumatic brain injury, power causes people to lose their capacity for empathy. Take Buhari, for example. Before 2015, he was – or at least he appeared to be – empathetic.

He supported subsidies for the poor, railed against waste, thought Nigerians deserved to buy petrol at a low price because Nigerian oil was “developed with Nigerian capital” and so on. He even said foreign medical treatment for elected government officials was immoral and indefensible, and wondered why a Nigerian president would need a fleet of aircraft when even the British prime minister didn’t have any.

Nothing but power…, which activates narcissism and loss of empathy, can explain Buhari’s dramatic volte-face now that he’s in power. This fact, psychological researchers say, is worsened by the fact that subordinates tend to flatter people in power, mimic their ways in order to ingratiate themselves with them, and shield them from realities that might cause them psychic discomfort.

Researchers also found out that excessive praise from subordinates, sycophantic drooling from people seeking favours, control over vast resources they once didn’t have, and all of the staid rituals and performances of power conspire to cause “functional” changes to the brains of people in power. On a social level, it also creates what Lord David Owen, a British neurologist-turned-politician, called the “hubris syndrome” in his 2008 book titled In Sickness and in Power.

Some features of hubris syndrome, Owen points out, are, “manifest contempt for others, loss of contact with reality, restless or reckless actions, and displays of incompetence”. But it’s not all gloom and doom. Powerful people can, and indeed do, extricate themselves from the psychological snares of power if they so desire.

Professor Keltner said one of the most effective psychological strategies for people in power to reconnect with reality and reverse the brain damage of power is to periodically remember moments of powerlessness in their lives – such as when they were victims of natural disasters, accidents, poverty, etc.

They should also have…someone who doesn’t fear them, expects no favours from them, and can tell them uncomfortable truths without fear of consequences. 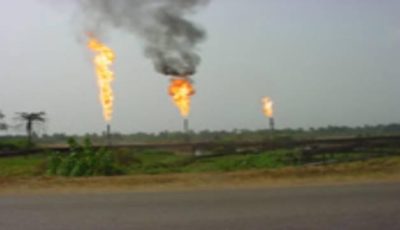 June 21, 2017 By Samuel Oyadongha & Emem Idio YENAGOA—CO-ORDINATOR of Niger Delta Elders and Leaders Forum, NDELF, and member of the Niger

By Ikechukwu Nnochiri ABUJA — Justice Mary Odili, who, yesterday, bowed out the bench of the apex court, yesterday, urged the Federal Government

This is one of the more dramatic examples of the types of technologies coming to the gaming and entertainment world in the next few years. Other

Published 19 hours ago on April 2, 2021 By The Tide The Rivers State Governor, Chief Nyesom Wike, has praised the exceptional exploits