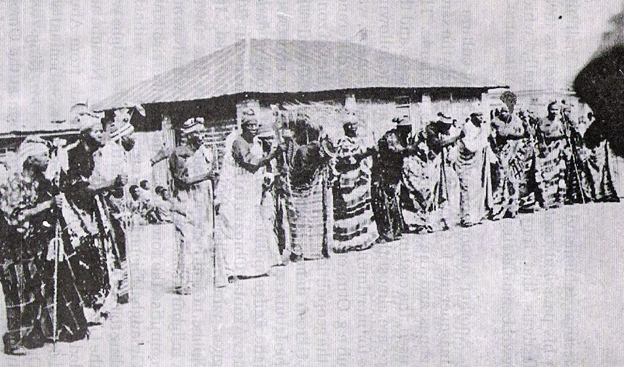 The Ogba ancestors divided the earth into two parts, which they called “Oru” and “Igmo” respectively. By the former term, Ogbas referred to riverine people. By the latter, they meant inhabitants of the hinterland.

Both parts represented to them the whole world, which they called “Oruligmo” that is, “Oru” and “Igmo” an idiom still current in Ogba. When an Ogba says Oruligmo, he means all the earth, all human beings. Who would object when Oruligmo have accepted?

Who would venture when they have declined? The general attitudes and customs of Ogbas themselves appear to be more Oru than Igmo, though the local tongue is now obviously more Igmo than Oru. Indeed the traditional customs are clearly derived from both sources.

For example, the proud and graceful owu masquerade and asawa dances have their origin in Oru; whereas the troublesome, though, mysterious and powerful Okorosu, comes from igmo and speaks nkaba (a deeper word for Igmo) in a haughty, deathlike manner, through his nose, like the ghost that it is supposed to be!